You are here: Home / Archives for Week 3

The Cincinnati Bengals are now 0-3 after losing yet another nail biter to the Buffalo Bills in Buffalo.

The Bengals offense was non-existent in the first half after not getting a first down until 1:57 left in the second quarter when quarterback Andy Dalton hit Auden Tate for 24 yards to move the sticks. Andy Dalton finished the game with 20 completions on 36 attempts for 249 yards, 1 passing touchdown, 1 rushing touchdown and 2 interceptions. Joe Mixon finally looked like his old self as he rushed for 61 yards on 15 carries and 2 receptions for 34 yards and a touchdown. Wide receiver Tyler Boyd had a quiet first half, like everyone on offense, but in the second half he came up big with a couple of 3rd and long receptions for first downs in the 4th quarter. Wide receiver Auden Tate got the start as well and had a great game with 6 catches for 88 yards.

Unlike last week, the Bengals defense played pretty well considering how much they were on the field. For how much they had to play and how bad the offense was, going into the half only down 14-0 was a win. They forced a turnover when defensive lineman Sam Hubbard stripped Bills running back T.J. Yeldon deep in Bengals territory in the 2nd quarter. The Bengals should have had another fumble recovery when Josh Allen got stripped by Bengals defensive back Brandon Wilson, linebacker Nick Vigil fell on the ball while inbounds then he rolled out of bounds after recovering the ball but the refs said he was out of bounds.

The Bengals looked liked the same team that the 49ers blew out last week in the first half, but in the second half they looked like a completely different team as they fought back and showed heart. Darius Phillips took a kick return 92 yards to the house when the Bengals were down 8-0 but it was called back on a soft holding call on Auden Tate and I believe if that would have stood they would have a 1 in the win column. The Bengals look ahead to Pittsburgh next week as they play the 0-3 Steelers on Monday Night Football.

The Cincinnati Bengals will be on the road to face the Buffalo Bills on Sunday, September 22nd at 1pm EST.

The Bengals are coming into this game with an 0-2 record after receiving a beatdown at the hands of the 49ers this past week as they lost 41-17. The Bengals defense was nonexistent as they gave up 572 yards and the offensive line gave quarterback Andy Dalton very little time to do anything or let plays develop. Also, for the 2nd straight week, Joe Mixon was limited in the run game and was only able to gain 17 yards on 11 carries. A few bright spots were wide receivers Tyler Boyd and John Ross, Boyd had 10 catches for 122 yards and Ross had 4 catches for 112 yards and a late garbage-time touchdown in the 4th quarter.

The Bills are coming into this game 2-0 after beating the New York Giants by a final score of 28-14. The Bills defense came up with 2 interceptions against Eli Manning and the Giants while Josh Allen did not turn the ball over and had both a touchdown pass and a rushing touchdown. Frank Gore also had 68 yards rushing for the Bills on 19 carries and had a touchdown and Isaiah McKenzie had a receiving touchdown. Some of the bright spots for Buffalo on the offensive side were wide receivers Cole Beasley and John Brown, Beasley had 4 catches for 82 yards and Brown had 7 catches for 72 yards.

If the Bengals want to get their first win of the season, they have to get better offensive line play especially with regards to run blocking. They have been too one-dimensional offensively due to not having much of a run game. Defensively they need to rebound from last weeks poor showing by not giving up the boundaries and simply tackling better. 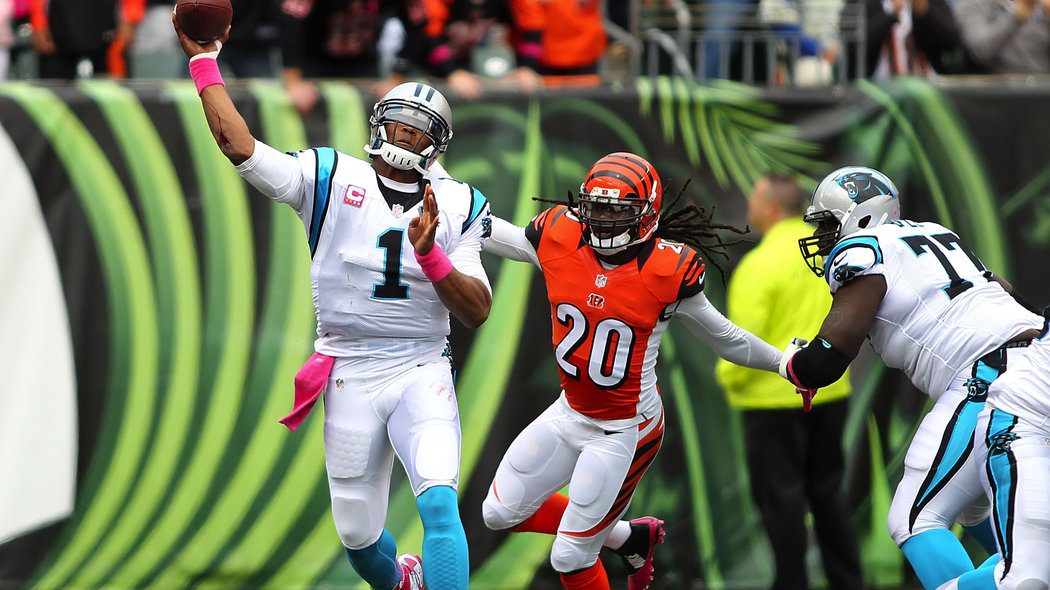 To put it plainly, the Bengals won a monster game today. It was a crazy afternoon at Paul Brown Stadium and despite committing 4 turnovers on consecutive drives in the 1st half, having several questionable penalties go against them all while playing against arguably the best QB in the NFL in Aaron Rodgers, the Bengals still walked off the field winners by a final score of 34-30. Read more by clicking here.