You are here: Home / Archives for Carlos Dunlap

The Cincinnati Bengals lost to the Seattle Seahawks 21-20 Sunday afternoon in Seattle.

The Bengals had many bright spots in this game. They showed heart and fought and if the Bengals could have scored even a field goal when they were in Seattle territory in the 2nd half, they would already have a 1 in the win column. They were deep in Seattle territory 3 times in the 3rd quarter alone and came away with no points.

The defense had several bright spots. Sam Hubbard played like a mad man finishing with 10 total tackles (6 solo) and 2 sacks. Nick Vigil and Carlos Dunlap were both active as each had 7 tackles (Dunlap also had a sack). The Bengals defense looks completely different now compared to this time last year.

Offensively quarterback Andy Dalton shined. Dalton stepped back to pass 51 times, which was a career high, and completed 35 passes (68.6% completion percentage) with 2 TDs and 0 interceptions. He did have a fluke fumble in Seattle territory as rain began to fall early in the 3rd quarter.

John Ross had a big day and was probably the biggest surprise of the game as he finished with 7 receptions, 158 yards and 2 touchdowns. He had an awful drop late in the 2nd quarter but made up for it when he caught a 55 yard touchdown on the next play with 7 seconds left in the half. He had a few drops on Sunday, but made up for them in big ways. C.J. Uzomah also had a solid game with 4 receptions for 66 yards, and Tyler Boyd also was reliable with 8 receptions going for 60 yards as well.

The running game struggled. Joe Mixon left the game early with an ankle injury and finished with just 6 carries for 10 yards and Giovani Bernard had 7 carries for only 21 yards on the ground. If the Bengals want to beat the 49ers next week, they need to improve on the ground. The Bengals could really use Cordy Glenn who they hope will be out of concussion protocol and able to play next week.

The Bengals host the 49ers next Sunday in their home opener at 1:00pm EST. 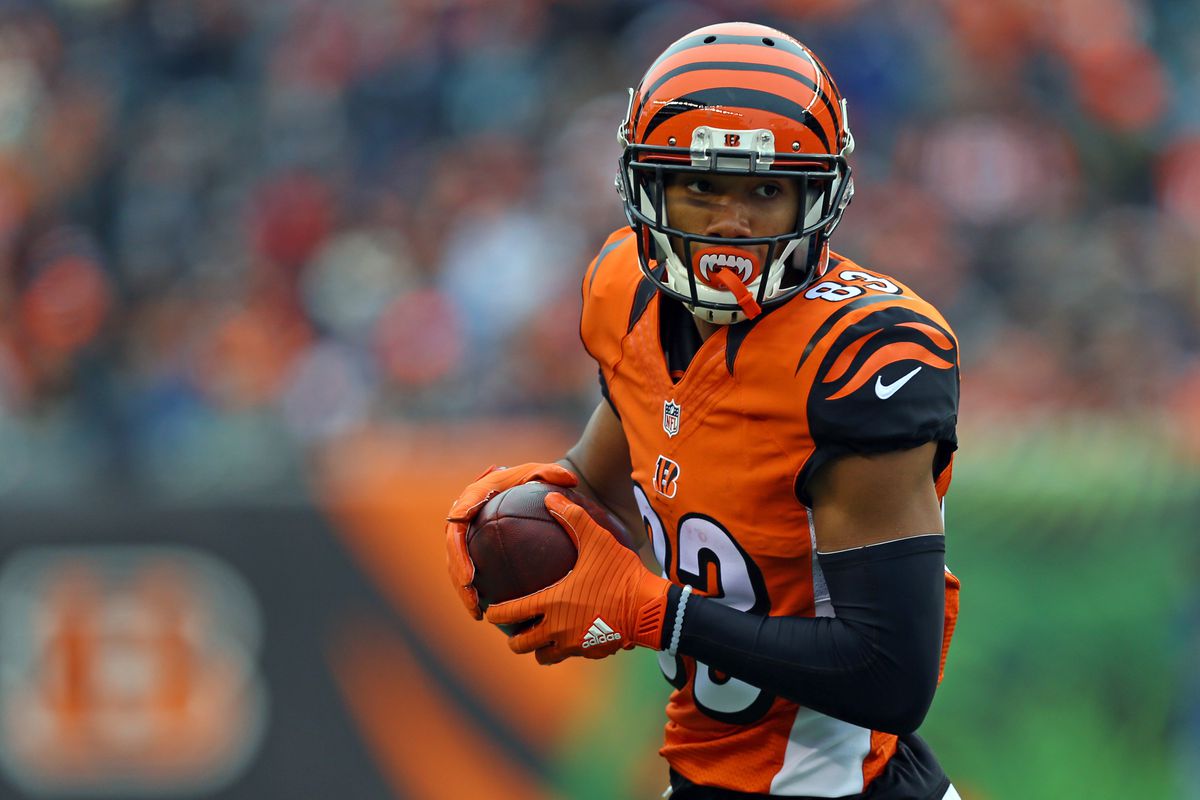 The two veteran leaders of what appears to be the next up and coming elite defensive line, both get pay days.

One of the most elite pass rushing duos in the league both land big extensions with the Bengals today. Defensive end Carlos Dunlap and Geno Atkins both sign extensions. Dunlap’s deal was a 3 year $45 million deal while Geno received a 4 year deal worth over $65 million. Geno’s deal will see him paid an average of $16.3 million per year, the highest yearly average signed by a non-QB over the age of 30 in NFL history. It is a very promising sign to see the Bengals wisely invest the cap space they have been accumulating the past few seasons.

Geno currently has the second most sacks (61) in team history and is well on his way to becoming the all time leader in sacks for the Bengals. He also ranks top five in team history for forced fumbles. Geno has been a dominant force for Cincinnati, being named to six pro bowls and three All-Pro designations. Geno was one of the most important players the Bengals needed to get resigned and they made sure he did.

Resigning two of your teams best defensive lineman in team history on the same day is huge, especially considering what they have to work with. The Bengals now have Geno Atkins, Carlos Dunlap, Jordan Willis, Carl Lawson, and Sam Hubbard signed through 2021. This is massive for the Bengals, especially when you consider just how dominant this defensive line has been through the first three weeks of preseason. They are in line to have one of the league’s top pass rushes throughout the next 3-5 seasons. They have the potential to lead the league in sacks as a team in 2018 and beyond.

It is also worth noting the Bengals still have a significant amount of cap space to spend on other notable players who are or will be in line for extensions, most importantly Darqueze Dennard. The Bengals appear to be handling things differently this offseason, which should leave Bengals fans happy looking into the future.

Let’s clear that up before one of you reports this site to your nearest censor or parenting group: The Cincinnati Bengals signed defensive tackle Geno Atkins to a $65.3 million extension that keeps the 6-time Pro Bowler in the Nasty Nati through 2022.

This news makes us happier than when a Cleveland fan starts trash talking before the Battle of Ohio. Atkins is perhaps the most vital defensive cog on the team. He logged 9 sacks in 2017 (third in the league among defensive tackles) and 10 TFLs (sixth among DTs).

Combined with the developing Andrew Billings (1.5 sacks against the Buffalo Bills in week 3 of the preseason), the Cincinnati Bengals now have the most important pieces in place to take away their opponents’ inside running game.

That was the cake. Now here’s the icing.

Defensive end Carlos Dunlap has also inked a new extension – 3 years, $45 million. Dunlap has 2 Pro Bowls to his credit and has started 79 of 80 regular-season games in the past 5 years. He has tremendous versatility, which he’s proven by logging 13.5 sacks one year (2015) and defending 15 passes the next (2016) in addition to being a solid run defender.

Last month we wrote about why we felt it was so important for the Bengals to keep both Atkins and Dunlap after 2018. We’ll be glad to see these two guys in tiger stripes for the next few years. Opponents, though, probably won’t feel the same way …

We don’t mean the ones from Cleveland when we say this: If you don’t re-sign Geno Atkins and Carlos Dunlap after this year, then you can eat browns and die.

This could be among your thoughts this offseason. With 2018 being the contract year for these two solid defensive line players, you’d have to think (well, pray) that Mike Brown and the Cincy bigwigs will bring their checkbook and pay Dunlap and Atkins some coin to keep them around for a few more seasons.

Why the Cincinnati Bengals Must Keep Dunlap and Atkins After 2018

Atkins is a six-time Pro Bowler, including the last four years straight. Dunlap has started every game since 2013. Barring injury, he should pass Eddie Edwards’ all-time franchise sack total of 83.5 (official and unofficial) within the next two years. You don’t want to lose those kinds of players – especially when the backups are unproven.

Ryan Glasgow tallied only 23 stops in his 2017 rookie campaign. Sam Hubbard, the third-round draft pick out of Ohio State, is still learning how to carry Dunlap’s laundry. They could develop into fine football players, but they aren’t ready yet.

If that weren’t enough, we’ve already seen how losing two quality guys can affect line play. The Cincinnati Bengals’ offensive line lost Andrew Whitworth (Los Angeles Rams) and Kevin Zeitler (Cleveland Browns) after the 2016 season. You could cliff-dive off the drop in production.

From ‘16 to ‘17, the team went from 13th in the NFL in rushing (110.6 yards per game) to 31st (85.4). That put more pressure on the passing game (which you never want to be forced into), and with a lack of playmakers, the results were predictable. The Cincinnati Bengals offense couldn’t move if they hired a fleet of U-Haul vans.

Now translate that to the defense. With Dunlap and Atkins leading the way, the Bengals were tied for 11th in the league with 41 sacks. Yes, the defense ranked near the bottom in rushing yards allowed, but the point is, how much worse do those numbers get if the two best big bodies blow town? If we lose these guys, opposing running backs will be five yards downfield before Vontaze Burfict can get suspended.

That’s our two cents. So Mike Brown, make us proud. Re-sign Dunlap and don’t go on an Atkins diet. We’ve been two to three wins away from the playoff conversation over the last couple of years. The continued presence of these two could mean making it … or waiting for the next Dunlap and Atkins to come along.