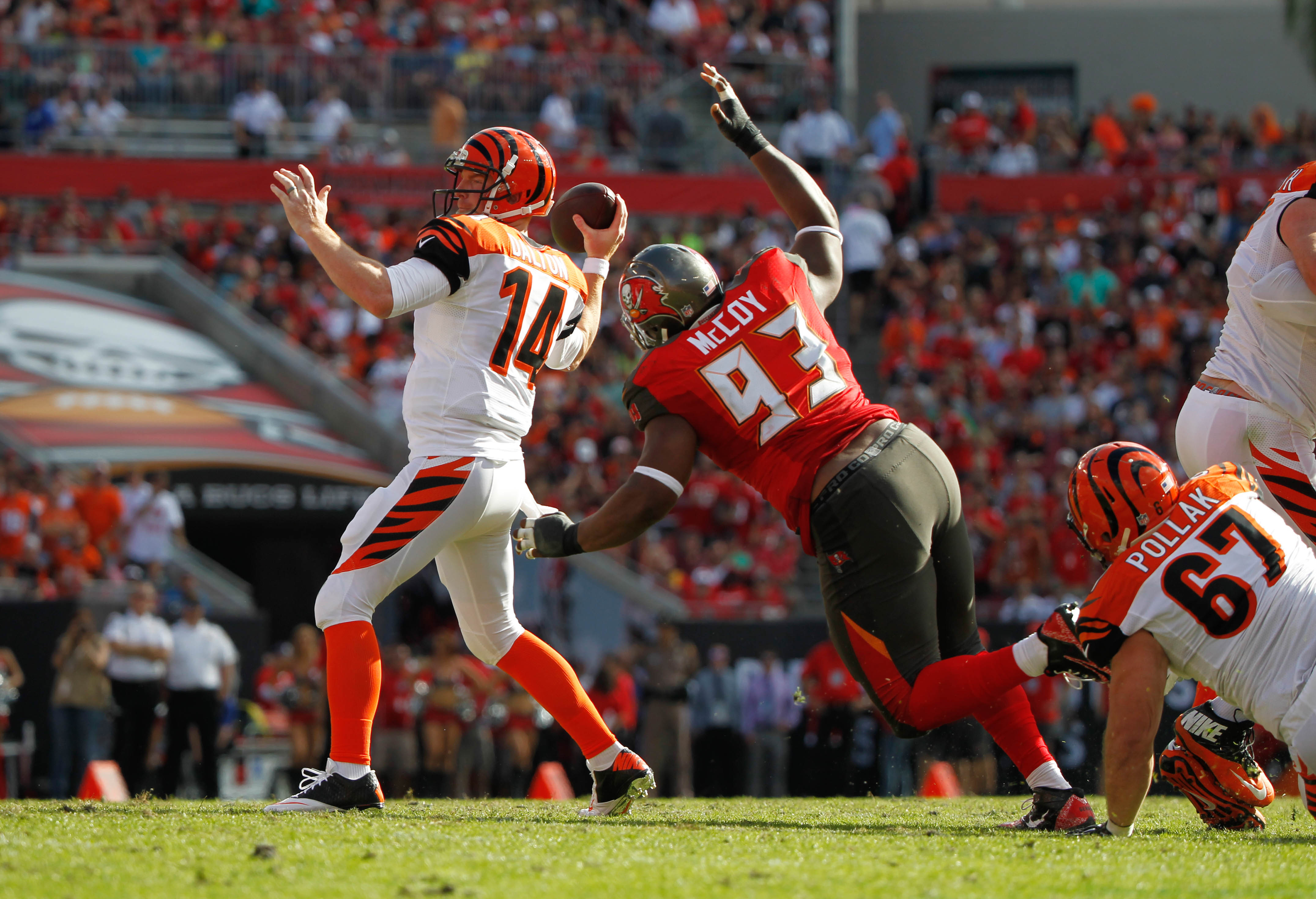 It was another embarrassing primetime showing by Andy Dalton and the Bengals that drops them to 4-3 and second in the AFC North behind the Steelers. No one thought the Bengals would win this game, but did we think it would be close? Of course we did. The Steelers loss hurts less than this game because at least the Bengals were competitive in that game. The Sunday night performance perfectly sums up the repeated mockery we continue to get with Marvin Lewis. The season is not lost by any means, but the Bengals have to figure out a way to get back on track.

This week the Bengals play Tampa Bay. It’s another game that is supposed to be a shootout, which after last week, may not be a good thing for the Bengals. The Bengals looked flat on offense and only managed 10 points against one of the worst defenses in the NFL. Sounds similar to this week, where the Bucs have a very explosive offense, and a very bad defense. Bill Lazor must figure a way to get points on the board.

Dre Kirkpatrick vs. Mike Evans – News broke earlier this week that the corners for the Bengals will at least start the game shadowing. William Jackson gets Desean Jackson, which doesn’t scare me too much. However, Dre is shadowing Mike Evans. Dre has struggled at times this year but is still not having as bad of a season as many are making it out to be. All fans will be glued to this matchup to see how Dre handles going up against one of the best wideouts in the league.

The Bengals Defensive Line vs. The Bucs Offensive Line – I listed the Bengals defensive line as a key matchup last week and will continue to do so until they step it up and show us what they showed in the preseason. Last week they failed to get pressure on Mahomes and he picked apart the defense. Jameis Winston, with time, can do the same thing. However, we have seen Winston struggle under pressure and make bad throws. If the line can step it up and get pressure on Jameis, it could lead to key turnovers in this game.

Andy Dalton vs. The Bucs Secondary – The Bucs secondary is bad, maybe worse than the Chiefs. This could be a get right game for Andy Dalton and Bill Lazor. The offense has struggled in the last three weeks. This game could turn into a shootout quickly and Andy Dalton must perform and show fans why many have stuck with him this long. If he cannot perform against this team, it may start to raise some questions.

My Bengals Predictions on the year: 4-3